Kevin Newton is the owner-operator of Australian Survival Instructors and is a highly experienced outdoor survival instructor, bow hunter, bushcraftsman, flint knapper, potter, primitive skills researcher, Instructor & weapons re-creator.. He has over 30 years of International outdoor experience including 2 years living in the Italian Alps learning trapping, hunting and foraging in the early 90’s. His passion for flint knapping  and primitive survival skills, including re-creating the weapons, clothing and gear that Oetzi the Iceman was found with, has made him Australia’s premiere survival and primitive survival skills instructor. Kevin has featured on Australian national television, Japanese television, in news interviews, ABC radio, Triple J ‘Hack’ and also an episode of channel 7 ‘Sydney Weekender’ and was featured on Channel 7 TV series “Get Clever”,  aired on Discovery Aus, NZ & Asia. In February 2019 Kevin filmed a U.S television episode of “Conan without Borders”, with world famous Talk Show host, Conan O’Brien, and was featured on the Italian TV network ‘Marco Polo’ with host Iona Sermoneta, March 2019 as well as ABC Radio Nationwide with Ron Quinn. In August 2019 Kevin collaborated with ‘The Bush Tucker Man’ Les Hiddins on a video project together. Kevin has also taught Australian Special Forces survival and primitive skills. 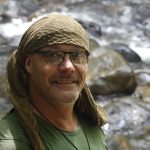 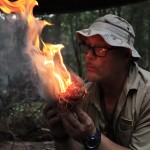 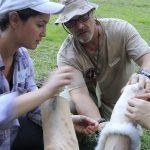 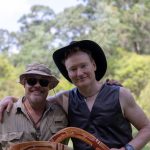 Zac is Australian Survival Instructor’s very competent and extremely skilled instructor for all courses and topics, who has been a part of the team since 2012. He is an avid bowyer & hunter who never misses the opportunity to get amongst it, whether teaching, hiking, bowhunting or bush crafting. From an early age Zac has been in the great Australian outdoors often honing his archery skills including crafting his own bows, arrows and strings. Zac has a real enthusiasm for every facet of archery both primitive and modern. Zac has always had a passion for old world skills which has manifested itself in his current work as a blacksmith and craftsman making anything that piques his interest whether it be knives, bows, axes and Roman fire steels. Always prepared to learn from master craftsman and broaden his horizons Zac has travelled to Sweden to observe and learn Swedish blacksmithing techniques with Gransfors Bruk. Providing students of ASI with a very mature insight into survival techniques Zac is also prepared to share his old world skills such as teaching Bow Making, Primitive Forging, including knife and axe making. 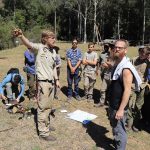 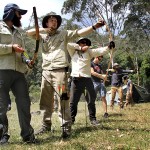 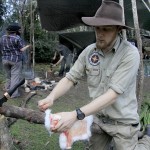 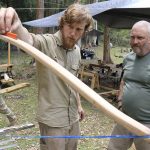 Daniel is Australian Survival Instructors Primitive Skills and Primitive Pottery Instructor and specialises in re-creating survival pottery using original methods by the Anasazi people of the South West United Sates of America. Daniel has travelled the world extensively, learning first hand, many varieties of not only primitive pottery, but primitive survival skills in general. He has studied under such famous teachers as John Olsen, and Kelly Magleby.. Daniel has spent time in locations such as Papua & New Guinea, Europe, Sth West U.S, Vanuatu, and also grew up off grid, home schooled in the bush of NSW. Today Daniel concentrates on practising and teaching various primitive survival skills such as basket weaving, primitive pottery, hide tanning, moccasin making, bush foods, primitive trapping, cordage making, weapons making and much more. Daniel lives off grid, on his bush property 6 hours Nth of Sydney. 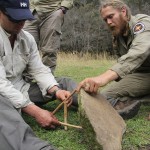 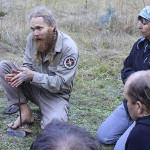 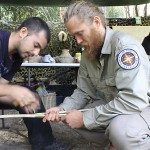 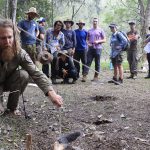 Mitch is a country boy through and through. He holds a Black belt in Karate, and avidly studies other forms of Martial Arts.  He is a shooter and bowhunter, and a gifted and highly valued member of A.S.I’s  Survival Instruction team. Mitch has a keen interest in Nth American Traditional culture, and re-creates various primitive tools and cultural pieces. Mitch completed 5 various courses with A.S.I before being approached to become a full time Instructor. 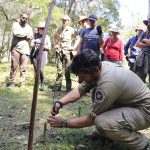 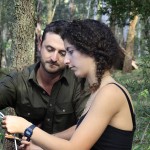 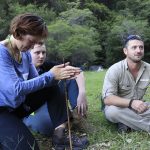 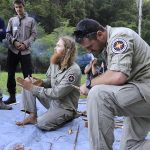 Mick  joined the A.S.I team in 2016, after spending time working with a Queensland Survival Course company –  Mick not only built, but lived in a primitive lean to survival shelter for more than 4 months, just to see if it could be done. 🙂 Mick’s survival interests also extends to his extraordinary craftwork of woodcarving and spoon carving, and all things timber. Recently, Mick was interviewed and recorded by ABC reporter Sarah Whyte, for Triple J radio. 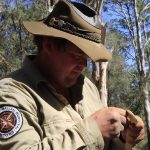 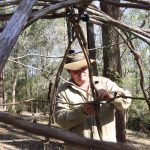 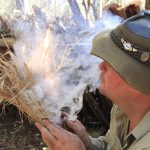 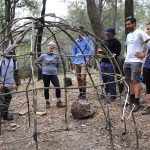 Joh is studying Ethnobotany (the cultural use of plants) which has led her to develop skills in weaving, wild food foraging, plant medicines and more. She has spent time at bush craft and survival schools throughout Australia and New Zealand to further her knowledge and skills. She has great respect for her indigenous friends, from both countries, who have shared their knowledge and contributed to her learning journey. Joh volunteers her time between A.S.I and ‘family’ in central Australia. 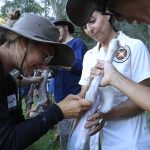 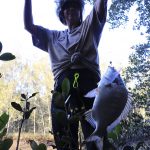 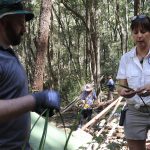 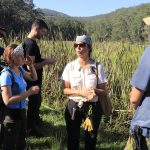 Maddie came to A.S.I as a returning student, and never left. She fitted in so well she now instructs. Maddie is a keen Bowhunter, Spear fisher, and ex professional Mountain Guide in New Zealand, and now Cert 3 trained, here in Australia. Maddie and Joh bring enthusiasm and teaching to a new level in the industry, recognising womens needs in a traditionaly male dominated teaching field. 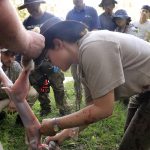 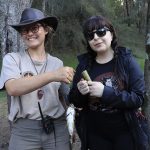 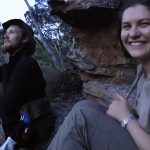 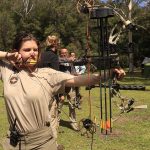 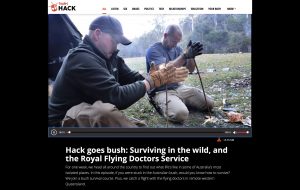 A.S.I is proud to be associated with The Old World Alliance, U.S.A